Women, smallholder farmers and indigenous communities are the true heroes of conservation; where are their voices in shaping the transformation to sustainable land use? 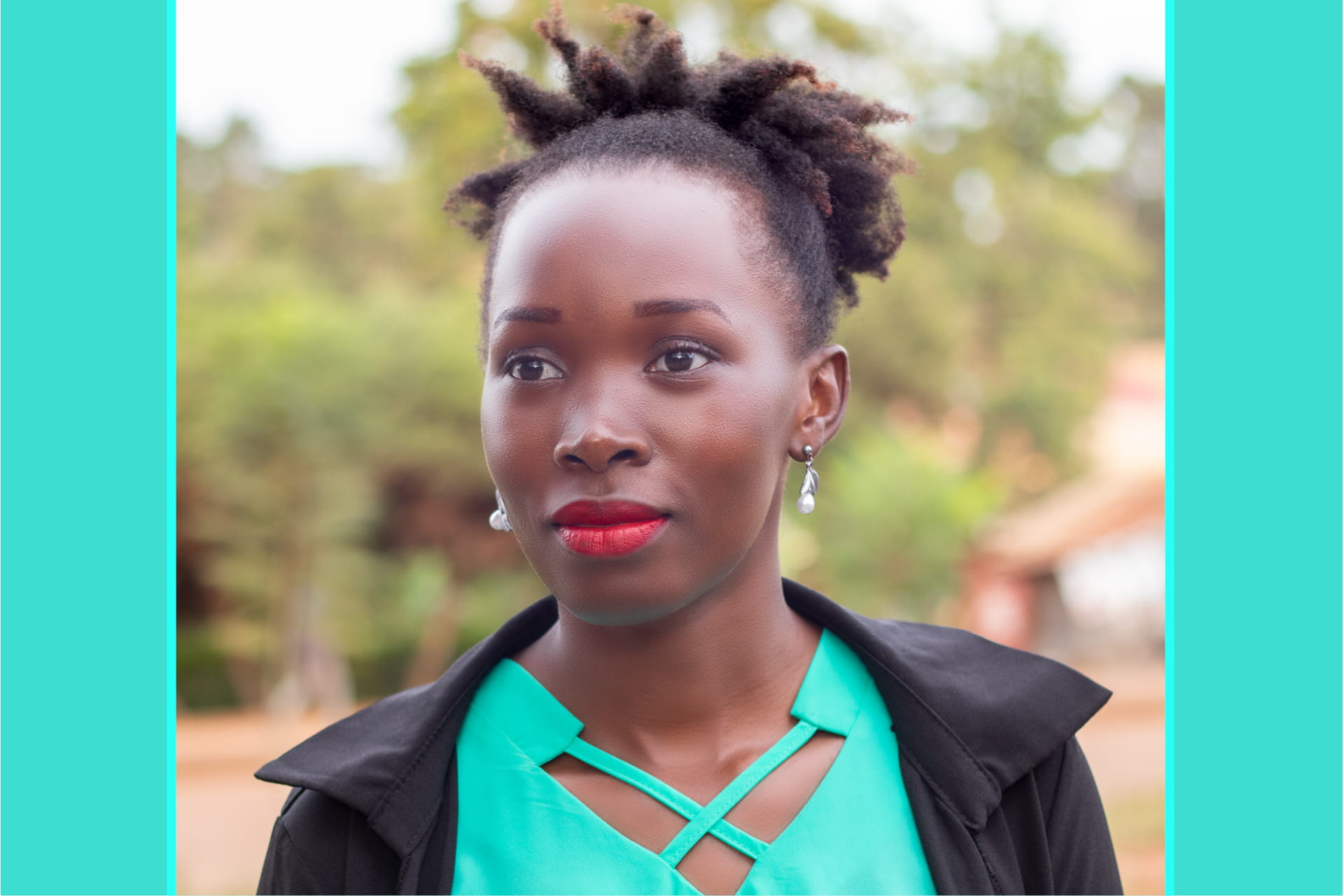 Conservation as it is globally known is presumably the act of protecting and sustaining the biosphere’s endowments for our current and future generations. It pre-supposes a safe preservation of the ecosphere flora and fauna species from extinction and any over-exploitation by humans. This is the major challenge of our era called the Anthropocene. The form, shape and character of conservation today has its roots in colonial history, and the often violent undertakings of so-called “fortress conservation”,which emerged during the 19th Century after the launch of the USA’s Yellowstone National Park in 1872. That way of thinking set the precedence for a deepening of violence and racist attitudes as colonial “conservationists” sought to conquer and make more wilderness spaces of protected areas within their colonies. Wilderness without humans.

Conventional legacies in conservation management are steeped in issues over the control and ownership of land manifested through important issues like the loss of indigenous access to land. These power struggles at the global levels defraud local communities and indigenous people, turning them into victims of conservation when in fact, they are holders of critical knowledge pertaining to conservation.

At the helm of these structures are un-checked powerful institutions and individuals. We recall the land grabs under the G8’s New Alliance for Food Security and Nutrition in 2013- worse still, President Biden’s current 30x30 plans are further exacerbating the political controversies in conservation.

At the time of writing this article, the UN Convention on Biological Diversity is holding delayed negotiations for its framework to safeguard nature and stop extinctions for their COP15 scheduled to be held in Kunming, China. This process is intricately part-and-parcel of the 30x30 so-called‘re-wilding’ agenda. Governments are negotiating a Paris-style Agreement for nature, apparently known as the “global biodiversity framework”. Let’s to some extent acknowledge the targets to protect 30 percent of the earth’s land and sea by explicitly reducing agricultural encroachment and the passing on of environmentally harmful subsidies to loggers and mining companies.

Note that international institutions like the Global Goal for Nature which are promoting this rewilding agenda are fueled by some of the known world’s largest polluters. Inevitably, the 30x30 re-wilding agenda for “protected areas” will force and impel vulnerable local people from their ancestral lands and livelihoods. By Claiming to provide large scale solutions to preserving the biosphere at the World Economic Forum, this policy is fundamentally stripping indigenous people and many local communities of the right to life and freedom of expression as their lands and culturally self-sustaining modes of conservation are stripped out; removing both their history and any decent future.

Despite this questionable global dominance, this article serves to deepen our acknowledgement that rural populations including women, small scale farmers, indigenous and local communities are the principal custodians and heroes of conserving eco-systems and biodiversity. This has and is as a result of their time-tested sustainable and ecological relationships with human and non-human species. Through their socio-cultural practices and with support of pollinators and coexistence with multiple ecosystems, they contribute over half of the diverse food consumed globally. Smallholder farmers and local communities have mastered the art and science of mutual co-existence with their surroundings. Take the example of the Batwa people in Uganda, as is the case for many communities that live on the edges of national parks. Their way of life is intricately knit around activities directly supported by the forest eco-systems like fruit gathering, hunting, honey harvesting and food growing with a shared appreciation that the forest provides for both human and animals, so much so that outsiders often wrongly regard this way of life as backward.

Conventional wisdom around today’s conservation policies aiming at keeping humans out has deepened the very dangerous processes towards a full commoditization [and therefore re-colonizing] of wilderness. In short, and central to this article, the global and national conservationists’ agenda is neither about preservation nor about nature as they claim. Instead, it’s a form of usurping people’s land and their rights; it is a clear form of ‘land grabbing’ no better than former versions of colonial control. Many environmental thinkers have argued instead that conservation must work with, not against, indigenous, local and traditional people.

My first experiences of food diversity and self-sustaining systems were growing up with parents who valued and took pride in producing their own food as self-sufficiently as possible. This is of course a common reality for most Ugandans, Africans and people from across the globe. On equal measure, my grandparents’ gardens comprised of farming land, and forested patches that harbored birds, monkeys, squirrels, wild rats and lots of other forest animals. That was their eco-system. Each of these played an immense contribution to the sustenance and wellbeing of the other. The gardens were known to have diverse herbs, many with medicinal and healing properties for all sorts of ailments like Vernoniaamygdalina/bitter leaf for managing viral infections and Bidenspilosa/ blackjack an anti-septic for headaches and colds. This knowledge of co-existence and diversity was passed down liberally by word-of-mouth to children so much so that from a tender age, children identified and knew which tree or herb like the Warburgiaugandensis/ Ugandan Green heart and MomordicaFoetida/ekitengo used for some ailments in the absence of the elders. Proud conservationists! This is not backward as purported by colonial impostors; it is a progressive way of life. Thankfully, this is being debated in heated conference discussions in the lead-up to COP15 in China.

The global lockdown during the COVID-19 pandemic brought into the limelight the importance of food self-provisioning, household gardening and a cultural recognition of the health benefits in fresh local foods. In fact, for many households, the interest in harvesting vegetable and short seasoned crops could not be hidden from their social media timelines.

In many ways, people quickly became masters of their own healthy living. Knowledge of natural concoctions for flu and coughs were liberally shared in communities. We all know about lemon, ginger and honey but how about some added turmeric, rosemary, Giant albizia, red hot poker tree/Ugandan coral tree, cinnamon, eucalyptus leaves and stems. Through these exchanges, we discovered that our neighborhoods are homes to different tree species that are medicinal; whose leaves or roots could be leveraged to support immunity and health-boosting. In 2020, we began celebrating communities and rural people who have conserved these trees and herbs. These include the giant albizia, red-hot poker, Ugandan coral, Moringa, Tamarind, Eucalyptus, guava, neem tree and lemon leaves among others. Local fruit such as Carissa edulis are very sweet and pleasant to eat, making it one of the most cherished helping with headaches, chest complaints, rheumatism, gonorrhoea, syphilis, rabies, herpes, malaria and as acting as a diuretic. While governments and health institutions where encumbered with ensuring vaccines reach the populace, the enthusiasm for varieties and almost forgotten foods gave rise to their reintroduction in markets and regeneration in urban and rural garden settings. This was an autonomous drive among communities and the population as a whole.

For capitalistic gains and power, international institutions have since turned the tables and are therefore posing as chief conservationists. The mission of the World Wide Fund (WWF), through their policies are entrenching and influencing national policies in the pursuit of re-wilding and alienating communities to create “protected” areas. Regrettably, their protectionist measures involve evictions, land grabbing and excluding local people from the process. The heightened and further commodification of conservation is a global issue worthy of immediate attention and action. Local food growers, communities around national parks are increasingly facing the impact of these imposter policies.

On 8th January 2022, Kenya media was awash with a standoff between Kentucky Fried Chicken - KFC (an international kitchen franchise) and local potato growers. The company had run short of its imported potatoes from Egypt and could not get sufficient supplies from local growers. Kenyan farmers grow more than 10 varieties of potatoes including (Arizona, Destiny, Manitou, Maris pipers and Markies) and yet a multi-national USA-based company would not deem any of those suitable for their Kenyan consumer market under the guise of a “standard taste”. What a joke and absurdity! Beyond this financial cartel arrangement and an excessive supply chain, this move clearly damages the demand for all the other potato varieties as they are shunned for not meeting the assumed “global taste and standard.”

It’s worth noting too that Uganda is no stranger to such expulsion of communities from their ancestral homes. Documented experiences of different communities who havefallen victim to these crude realities are available for public knowledge. According to an Amnesty International Report, the evictions of the Benet communities of more than 18,000 (Mt Elgon) dates back to the colonial period when the British colonial government declared the Mount Elgon moorlands and grasslands a reserved forest- their home. In 1983, they were evicted by the Uganda Wildlife Authority (UWA) and to date they are still languishing with court procedures with many reeling with the burden of “adapting” to new settlement in the Kisitu internally displaced people’s camp in Kween district.

Furthermore, in May 2018, Ugandan soldiers and UWA forcibly evicted communities in Apaa, northern Uganda, claiming that they had settled in a wildlife reserve. Uganda Wildlife Authority is stated as “in charge of conserving the country’s natural heritage, which includes animals, plants, natural features and ecosystems in general.” By May 2018, more than 250 homes had been burnt and destroyed, leaving hundreds of people, including children, homeless. Another callous story flooded Uganda’s news rooms when entire villages and families were evicted for industrial sugar cane farming in Kiryandongo. On Friday 20th August 2021, Uganda’s Non-Governmental Organisation Bureau suspended 54 organisations for alleged ‘non-compliance’. One of the suspended organisations Witness Radio had previously facilitated the provision of legal representation and support to poor and vulnerable victims of land grabs facilitated by development financing. In the aftermath of the organisations’ suspensions, communities were evicted under the watch of Ugandan army unabated. The Kiryandongo sugar company LTD ravaged Kikungulu and Nyamutende villages to pave way for sugarcane growing. The Alliance for Food Sovereignty in Africa (AFSA) and Witness Radio report faulted security organs for abetting violence while enabling investors to carry on the inhumane evictions. It is reported that a number of rural communities are increasingly facing similar evictions at gun point.

Evidently, the 30x30 global agenda demands more “protected areas” and these national and community level catastrophes should not be treated as isolated events but effects of global structural protocols.

In that breadth, this is a drum-roll and clarion call for re-thinking conservation policy and practice in Uganda. Such neo-colonial de-humanising courses of action have deceived us for far too long. It’s time to stop. Communities, women and indigenous peoples and all missing voices who suffer the most from this very wrong conservation approach need instead to be part of environmental citizenship and addressing the multiple challenges of the Anthropocene. As matter of fact, they are unquestionably the true un-sung heroes of conserving ecosystems, bio-diversity and nature. 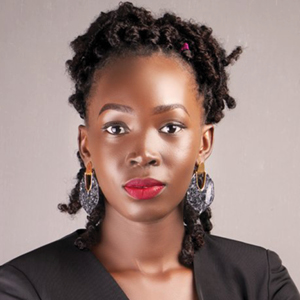 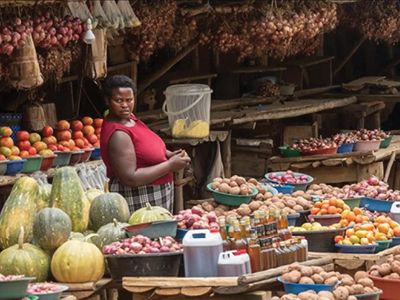 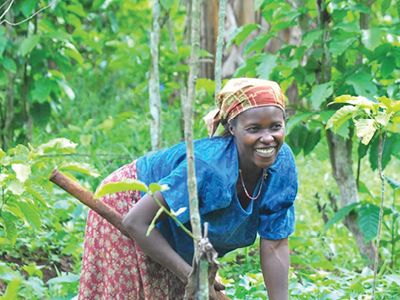 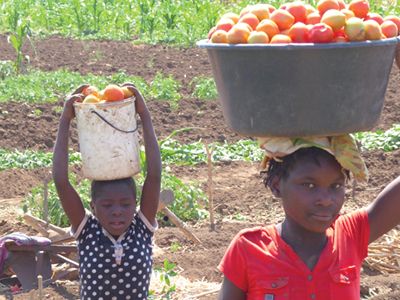 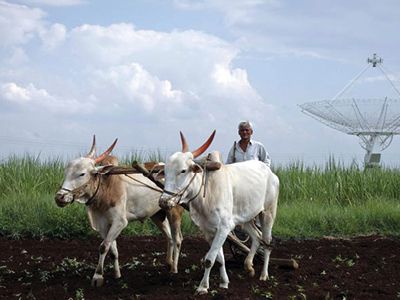